Skip to Content
Home press release Without good governance, the Convention on the Legal Status of the Caspian Sea may do more harm than good to the environment and human rights 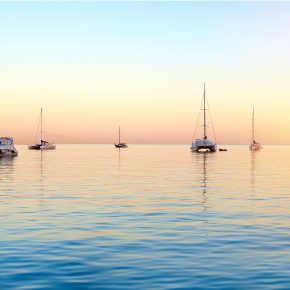 The convention on the legal status of the Caspian Sea is an important step for the region, but there is little reason for optimism, says Crude Accountability.

The Convention on the Legal Status of the Caspian Sea was signed on August 12 in Aktau, Kazakhstan. Azerbaijan, Iran, Kazakhstan, Russia, and Turkmenistan have defined the rules for conducting navigation, fishing, scientific research and pipeline construction in the Caspian.

Without frameworks for sound legal governance and application of the rule of law, the new Convention can do more harm than good in protecting the unique ecosystem of the Caspian Sea basin and the rights of local communities, and will promote economic dependence of the region on hydrocarbons, according to experts. International investors should not view the Convention as an opportunity for further investments, as any potential hydrocarbon projects implemented in the current political conditions will further harm the environment and local communities.

“One of the main issues facing the Caspian Sea today is the need for protection and preservation of its unique natural heritage and biological resources,” says Crude Accountability consultant Sergey Solyanik. “Perhaps, the Convention will urge the states to more actively solve environmental problems and analyze the consequences of megaprojects in the Caspian, whether it is further development of the Kashagan offshore oil field or the construction of a Trans-Caspian Gas Pipeline. However, there is little reason for optimism, given the widespread violations of national and international laws in the participating countries. This decision carries significant potential risks for the environment of the Caspian Sea in each of the littoral states.”

The Caspian is a sensitive environmental area and serves as habitat for diverse and sometimes rare species of flora and fauna, such as sturgeon, including the endangered Beluga, and the Caspian seal. Because the Caspian Sea is an enclosed inland body of water, any man-made disaster or major oil spill can have drastic consequences. Sadly, since the beginning of active offshore development, there has hardly been a year without accidents harming the Caspian Sea’s marine fauna. Risks to local communities must be also considered.

For almost two decades, Crude Accountability has campaigned to protect the rights of local communities across the region whose human and environmental rights are violated by oil and gas extraction and transportation. Examples of such large-scale projects include the development of the Kashagan and Tengiz offshore oil fields in Kazakhstan, oil spills and the CMI offshore project in Turkmenistan, the development of the Shah-Deniz gas field in Azerbaijan. In addition, international oil and gas pipelines crisscross the region, and more construction is planned. Local communities are harmed by these projects, do not reap economic benefits, and are cut out of decision-making processes in their development. Financed by international financial institutions, many of these projects violate environmental and social standards of the IFIs, as documented by Crude Accountability on multiple occasions.

“Responsible environmental management of the fragile Caspian ecosystem is consistently traded for the exploitation of the hydrocarbon resources,” says Sonia Zilberman, Crude Accountability South Caspian energy and environment program director. “Western exploitation of Caspian hydrocarbon resources will only further entrench the region’s corrupt, authoritative regimes as they destroy the sensitive Caspian ecosystem through careless development of oil and gas. European interests in Caspian oil and gas, and financial and political backing of the Southern Gas Corridor, must be contingent upon measurable human rights and environmental improvements. International financial institutions, largely backed by European and US interests, should not invest in oil and gas, particularly in such a fragile environment as the Caspian.”

The Convention on the Legal Status of the Caspian was signed after over 20 years of deliberations. Uneven distribution and delineation of the offshore oil and gas reserves has been a key reason for the continuing disagreements among the countries concerning the Caspian’s legal status. Western investors and corporations took advantage of the undetermined legal status of the Sea and joined the fight for control over Caspian energy resources.

According to the published text of the agreement and additional protocols, the water surface of the Caspian will be in the common use of the countries, and the bottom and subsoil are divided among the countries. As such, Azerbaijan, Kazakhstan, and Turkmenistan can proceed with building pipelines across the Caspian, bypassing Russia. This means that Turkmenistan can now build a Trans-Caspian Pipeline (TCP) across the body of water into Azerbaijan, thereby pumping more natural gas into the Southern Gas Corridor to bring gas into Western Europe.

Azerbaijan, Kazakhstan, Russia, and Turkmenistan suffer from widespread corruption, crackdowns on human rights and fundamental freedoms, and the absence of an independent judiciary. Independent civil society is heavily persecuted across the region.  Environmental defenders are considered enemies of the state, and environmental management is virtually non-existent in the oil and gas sphere. Western governments and international financial institutions should be wary of the risks and the Convention should be used as a mechanism to protect and preserve the unique and fragile environment of the Caspian Sea rather than to further exploit it.