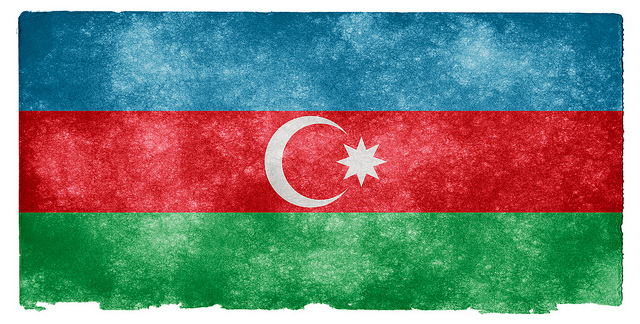 Crude Accountability is working in Azerbaijan to hold international financial institutions and western governments accountable for their actions in the country.

For the last decade, civil society and human rights defenders in Azerbaijan have experienced constant and increasing pressure.  Lack of fair elections, omnipresent corruption, large-scale human rights violations, and the lack of an independent judiciary have become emblematic of the problems with domestic politics in Azerbaijan.

However, international financial institutions (IFIs) and western democracies continue to invest in the country’s vast hydrocarbon sector in the name of development, thus fueling these gross human rights violations and supporting the authoritarian regime.

The tightening of the screws on civil society in Azerbaijan restricts civic monitoring of these lending operations. Crude Accountability works to ensure that the IFIs comply with their own social and environmental due diligence and disclosure policies in making decisions about financing and implementation of projects. IFIs are also bound by public disclosure policies and those that ensure the public will benefit from projects that are financed with international public money.

Azerbaijan: disregard for human rights fueled by extractive industries
Azerbaijan’s geopolitically important location in the Caucasus and its vast hydrocarbon reserves make it an important player for the US and European countries.  Bordered by Russia, Georgia, Armenia, Turkey and Iran, the country remains pivotal for the US in combating narco-trafficking and terrorism. For Europe, Azerbaijan’s oil and gas reserves are a critical factor in reducing energy dependence on Russia. A European initiative, the Southern Gas Corridor, is planned to bring 16 billion cubic meters (bcm) of gas per year of natural gas from Azerbaijan and possibly also from other Caspian countries through Georgia, Turkey, Greece, Albania, and Italy. Opened in 2018, the Southern Gaza Corridor is worth $45 billion. IFIs, including the World Bank, the European Bank for Reconstruction and Development, the European Investment Bank, and the Asian Development Bank-backed the project. With such strong financial support, the Aliyev government in Azerbaijan rules with impunity and total disregard for human rights and the rule of law.

In recent years, Azerbaijan has witnessed a sharp backslide in human rights, civic participation, and accountability in natural resource governance. Previously, Azerbaijan tried to paint an international picture of itself as an island of stability in the region: willing to engage with multilateral institutions and an inviting partner for foreign direct investment.  It was one of the first countries to adopt the Extractive Industries Transparency Initiative (EITI), and the first to become compliant in 2009.  It was quick to adopt and ratify the Aarhus Convention in 2000 and became a member of multilateral good governance initiatives such as the Open Government Partnership and the Natural Resource Governance Institute (limited engagement country).

While Azerbaijan’s Constitution protects civic and political rights and the right to a healthy environment, a new wave of repression has led to a massive crackdown on civil society in Azerbaijan. Scores of human rights defenders, journalists, civic activists, and bloggers have been arrested. New legislation has tightened the screws on civic activity and access to funding. Independence of the judiciary remains largely absent. Corruption, fueled by foreign investments in Azerbaijan’s hydrocarbons, prevails. Multilateral institutions like EITI and the Open Government Partnership first downgraded then suspended  Azerbaijan’s participatory status due to governance concerns in 2017 and 2018, respectively, and western powers have escalated criticism, but the situation remains bleak. Without divestment from Azerbaijan’s oil and gas by IFIs and international lending institutions, President Aliyev has little incentive to improve the human rights situation in the country.

Azerbaijan's Hydrocarbon Sector
Azerbaijan’s economy relies heavily on the hydrocarbon sector. Azerbaijan is one of the birthplaces of the oil industry, with accounts of petroleum usage dating back as far as the 3rd century. By the turn of the 20th century, Azerbaijan produced over half of the world’s oil. After the fall of the Soviet Union, Azerbaijan gained independence, and in order to develop its vast natural resources, turned to foreign investment.

The largest foreign investor is BP, operating 80% of Azerbaijan’s oil industry. The company leads the Azerbaijan International Operating Company (AIOC) consortium, which also includes Chevron, ExxonMobil, Inpex, Equinor, and others in the development of the Azeri–Chirag–Gunashli (ACG) offshore fields, and solely operates the Shah Deniz oil condensate field. The State Oil Company of Azerbaijan Republic (SOCAR) controls the remaining 20% of the industry and is responsible for all aspects of exploration and production of oil and gas in Azerbaijan. In 1999 Azerbaijan established the State Oil Fund of the Republic of Azerbaijan (SOFAZ) to manage hydrocarbon profits. In 2019, SOFAZ reached a value of $42.5 billion, its highest yet. However, there are no laws governing the hydrocarbon industry, and SOFAZ is controlled solely by the President, rather than by the Ministry of Finance. Our report from 2020, The Empty Bucket of the State Oil Fund of Azerbaijan, traces and provides an in-depth analysis of the fund’s profits.

Shah Deniz Gas Field- the start of the Southern Gas Corridor
Shah Deniz gas field is the largest natural gas field in Azerbaijan. It is located in the South Caspian Sea, off the coast of Azerbaijan, at a depth of 600 meters (2,000 ft). Shah Deniz was first discovered in 1954, but exploration did not start until 1999 when foreign investors stepped into the project. BP is the operator of the field, holding a 28.8% share. SOCAR (State Oil Company of Azerbaijan Republic) holds 16.7 % of the shares, and others include the Turkish Petroleum Company (TPAO) at 19%, Petronas at 15.5%, LUKAcip at 10%, NIOC (National Iranian Oil Company) at 10%.

In 2001, the agreements to export gas to Turkey and Georgia were finalized, and active development of the field (Shah Deniz Stage 1 project) followed in 2003. It was not until 2007 that the gas reached Turkey via the newly built segment of the South Caucasus pipeline. In 2013, an agreement was finalized to develop the second stage of the field, to extract additional gas for the European markets.

In 2015, Lukoil, a minority shareholder in the field, received USD 1 billion worth of loans from the European Bank for Reconstruction and Development and the Asian Development Bank toward this project. It includes 2 offshore platforms, 500 km of subsea pipelines, and the expansion of the Sangachal terminal.

Shah Deniz Stage 2 is a high-risk, Category A project, and Crude Accountability has significant concerns about the lack of disclosure of information and due diligence in mitigating social and environmental impacts.

Multilateral public financing of Shah Deniz Stage 2 must be in compliance with the Banks’ own social and environmental policies and performance standards, including environmental protection, social accountability, and access to information. We are concerned that this project violates some of these safeguards, and are working with partners to seek redress with EBRD and other IFIs involved in this project.

Our Work
Crude Accountability’s work in Azerbaijan focuses on: 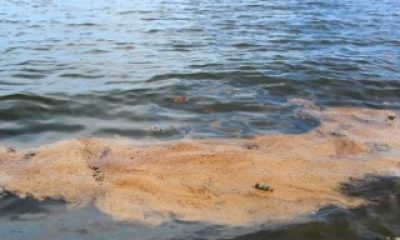 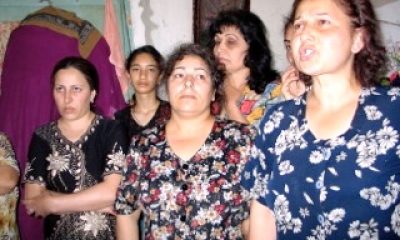 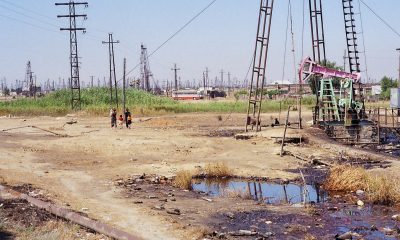 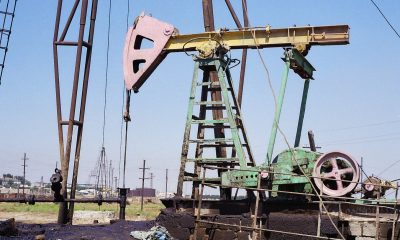 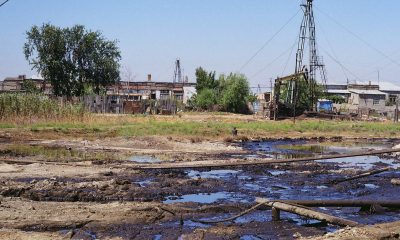 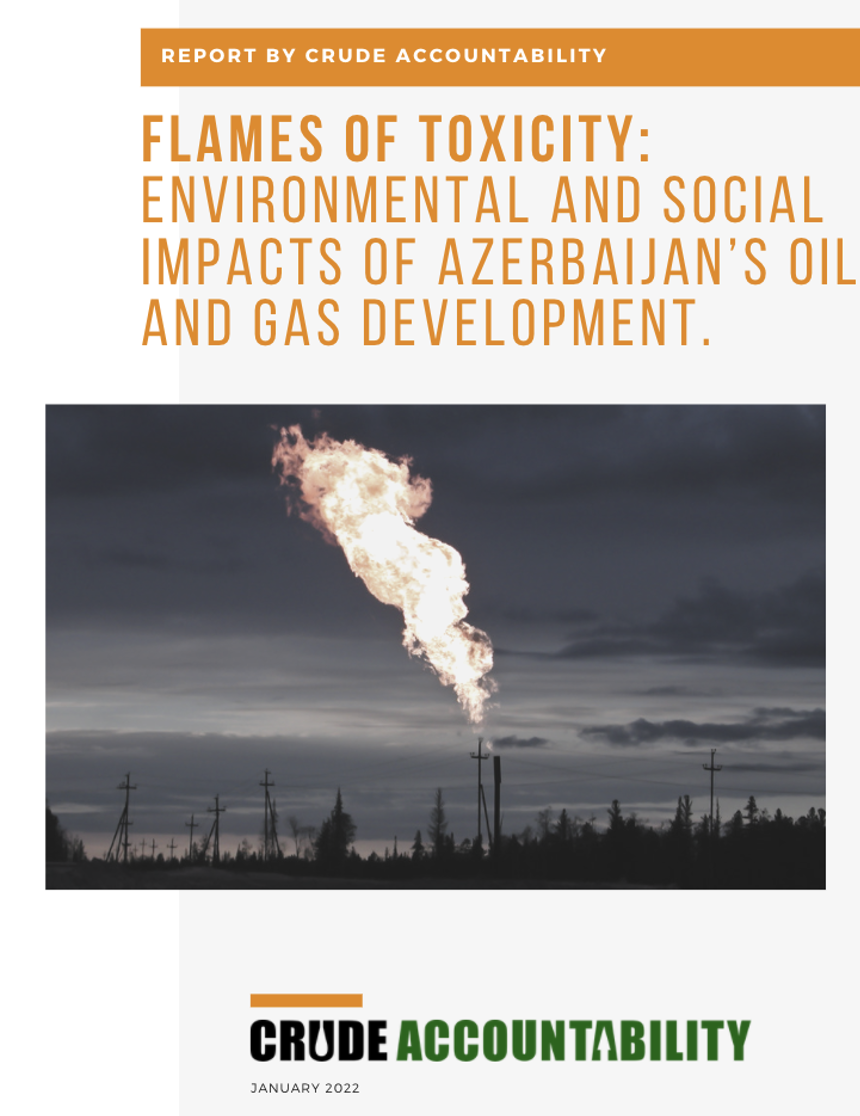