Skip to Content
Home What We Do Investigating Chinese Investments

China has become one of the key economic forces in the global economy and in international relations. In an effort to increase its economic potential, China is increasingly drawn into competition for access to raw materials, primarily energy resources. The share of imported oil overall is more than 50 percent and according to specialists, the use of oil and natural gas will continue to grow. This requires the Chinese leadership to find new sources and routes for import of energy resources into the country.

At present, China imports oil and gas from over 30 countries and also participates in the development of overseas oil fields using Chinese technology and capital. China is looking at Central Asia as a strategic source of raw materials as well as a transit route to the region of the Caspian region, and possibly even the Persian Gulf. Investments in infrastructure projects in Central Asia are important for China; and the lack of developed infrastructure in the region also could help to support one of China’s main goals: to become a main global trading partner.

In the 2010s, China officially declared “The Silk Road Economic Belt” (SREB) strategy to include:

–obtaining access to resource potential by participating in the development of oil and gas fields and other natural resources, as well as the import of electro-energy;

–active participation in the development of new trans-continental transportation corridors across Central Asia.

Chinese financial institutions will finance the capital investments into massive infrastructure projects of the SREB. The major financial players in the project are The Silk Road Fund (SRF) and the Asian Infrastructure Investment Bank (AIIB). A number of specialists see the AIIB as a competitor of the IFC, the World Bank, and the Asian Bank for Development in Eastern and South Asia.

Chinese investment in Central Asia is primarily focused on infrastructure and does not include the development of real sectors of the economy.[1] About 90% of exports from Central Asia to China are fuel and raw materials. Vast financial resources allow China to aggressively buy up natural resources of Central Asia.

It is clear that in the future, China will only increase its overall involvement in the countries of the region. Central Asia, and primarily Kazakhstan, Turkmenistan, and Uzbekistan, represent a strategic interest China’s energy market.

neighbor and major trade partner for China, Kazakhstan plays a key role in preserving the stability of the strategic source of natural resources for China. The country is a leader in attracting Chinese investment to Central Asia. The overall volume of investment was greater than 70 billion dollars and accounted for 80 percent of Chinese investment in the region. Today, China’s share is about 24% in oil production in Kazakhstan, and about 13% in gas production. In terms of reserves, China controls no more than 6% of oil in the country.

In accordance with SREB, Turkmenistan is not only a key source of hydrocarbons for the long but also an important transport and transit hub through which China would like to enter the markets of the Persian Gulf. Turkmenistan is one of the most authoritarian countries in the world. The economy is tightly controlled by the state, corruption is flourishing,  and is not tolerated.  In this environment, it is almost impossible to receive complete and credible information about the current hydrocarbon-related projects, the vast majority of which enriches the ruling clan, let alone to scrutinize the environmental and social aspects of such projects.

In Uzbekistan, China is primarily developing cooperation in the transportation of gas and the creation of joint enterprises with a large share of property.  Although the share of hydrocarbon resources from Uzbekistan to China is not large (2.4 billion cubic meters in 2014), the country plays an important role in the transit of gas from Turkmenistan. In addition to the existing gas pipeline through Kazakhstan, there are plans to build a new section with a length of 210 kilometers of the Turkmenistan-Uzbekistan-Tajikistan-Kyrgyzstan-China gas pipeline. From the perspective of transporting gas, CNPC is not just an importer into China, but also an important regional and local distributor of gas in Central Asia.

However, determining the overall size and level of influence of Chinese investment Uzbekistan is difficult because of the repression of independent media and NGOs in both countries.

For the last decades, Central Asian states experienced degradation of state institutions, pressure from political elites on civic and economic freedoms, and overwhelming corruption.  Elites exploit natural and human resources in order to enrich themselves and their clans, depriving the people of property rights and benefiting from their exploitation.

— Further lowering of social-environmental demands from all investors in the region, growthof threats to the environment and local residents due to bad and environmentally polluting projects

–Domination of foreign companies in the budgeting process of a country as well as in infrastructure can create a serious threat to national economy security.

— Rapidly growing presence of China in Central Asia’s oil and gas sector (especially in Kazakhstan and Turkmenistan) is creating concern and contributing to the growth in anti-Chinese sentiment among the population and fosters nationalists’ movements in these countries.

The overall goal of this project is to conduct an objective analysis of the real social-economic, political, and environmental situation related to Chinese investment in Central Asia.

At Crude Accountability, we collect and analyze information about existing and planned investment projects by China in the oil and gas sector in Central Asia. Gathering information comes from open sources on the Internet and in the media, and from surveying local experts and NGO representatives.

We sent information requests to the state bodies of Kazakhstan and Turkmenistan. We use the provisions of the Aarhus Convention, which both Kazakhstan and Turkmenistan signed. The Aarhus Convention stipulates that information about the impact on the environment of existing and planned oil and gas projects must be open and that the projects must be discussed with the public.

We also gather information from communities in Kazakhstan and Uzbekistan impacted by oil and gas projects involving Chinese investments and get first-hand data on current state of socio-economic and environmental aspects of Chinese projects.

Drawing on many years of experience working with compliance mechanisms of IFIs, we also work with the Asian Infrastructure Investment Bank to engage in the discussion of the policies of the bank for cooperation with civil society. 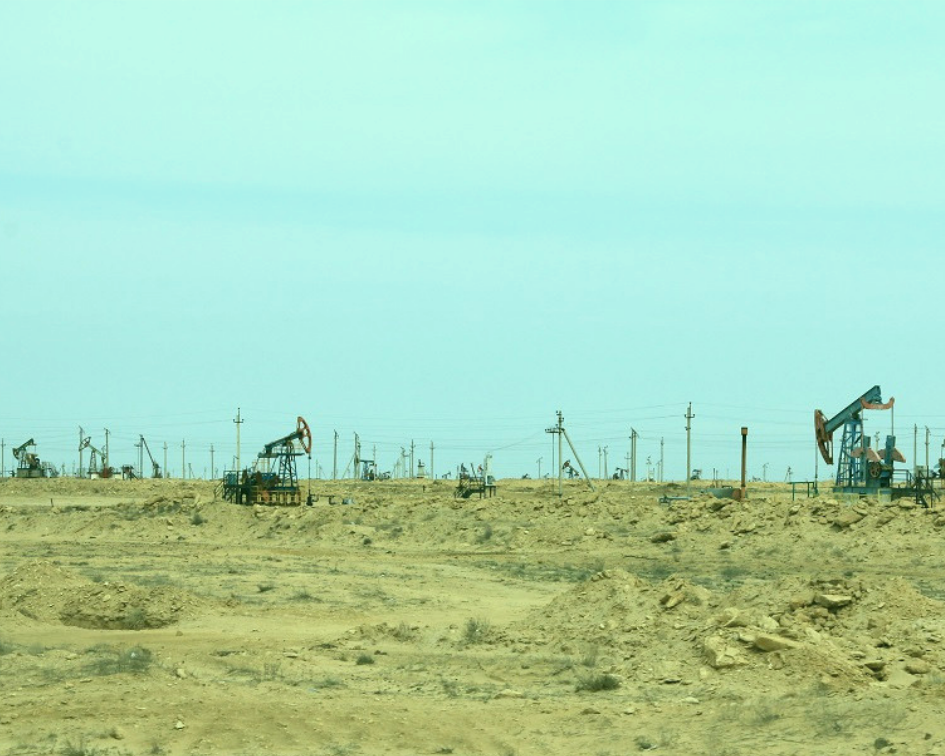