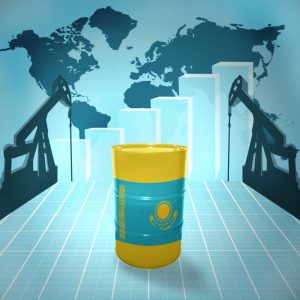 Crude Accountability presents the report, “The Kashagan Oil Bubble. The Case of an Offshore Field Development in Kazakhstan.” The report examines the main reasons that led to the failure of the Kashagan oil field development project, a project promoted by the government of Kazakhstan.

The combination of geological, technological, and natural factors has made Kashagan one of the most difficult projects in the history of oil development. However, these are not the only reasons for its failure. The report examines the political and economic issues around the project, reports on corruption and theft, conflicts between the members of the consortium operating the field, and multiple disadvantages of the production sharing agreement, according to which Kazakhstan, and not the investors, bears responsibilities for losses in the project.

The report also analyzes the consequences of the project’s failure including threats to the life and health of local residents, threats to the unique ecosystem of the region, and the collapse of the national economic development strategy, which placed too many hopes on the still unearned revenues from Kashagan’s un-extracted oil.

“The story of Kashagan is a sad illustration of how a resource-based economy under an authoritarian regime with its large-scale corruption and lack of government and public oversight is doomed to failure regardless of rich natural resources and good prospects for their development. These are the lessons to be learned from the Kashagan story,” says Kate Watters, Executive Director of Crude Accountability. “In the end, Kashagan has turned out to be a burden too tough to handle and one that cannot has had negative impacts on the communities and environment around it.”” Crude Accountability calls on the companies and the government to take responsibility for the damage that has been already done. Further development of the field may result in serious economic losses for the country and cause a regional environmental disaster.

This report is intended for a broad audience and is based on open sources, including articles published in Kazakhstan and abroad.

Link to the report: https://crudeaccountability.org/wp-content/uploads/ENG_Kashagan_report_Final1-1.pdf