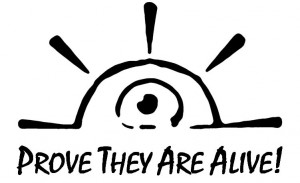 Against a backdrop of growing international criticism of the human rights situation in Turkmenistan, the country’s security services have stepped up operations aimed at suppressing the voices of exiled dissidents. Over the past month, at least two Turkmen families in Moscow, and their relatives in Turkmenistan, were subjected to aggressive pressure.

Turkmen dissident Akmuhammet Baihanov, who now lives in the outskirts of Moscow, told Human Rights Center “Memorial” that since the 12th of April, he has been under constant surveillance by unknown young men of athletic physique, who openly follow and photograph him.

On April 11, a post appeared on Baihanov’s Facebook page in the Turkmen language, asking him “in the name of Allah and the Prophet … not to argue with the authorities” or “his health will suffer.”

On April 13, at about 6 PM, another unknown individual, Nematullah Haroon, contacted Baihanov via Facebook, demanding that he “keep quiet and not interfere in affairs of state,” referring to the statement that “Muslims must obey their ruler.” His speech, which included a mixture of Turkmen and Turkish words, reminded Baihanov of the style of communication used in criminal circles. Baihanov hung up the phone and did not pick up further calls, which continued on the 13th and 14th of April.

Further, on April 13, officials from the Ministry of National Security detained Baihanov’s brother, Nazar Baihanov, at his workplace in Ashgabat. He was taken to the Ministry building, where an official who said that he was acting on behalf of the leadership met him. The security official expressed dissatisfaction with the fact that Nazar’s brother in Moscow “was not silent.” He also said that Akmuhammet’s private company, which was liquidated in 2000, had not paid a state tax amounting to 3407 manat (about US $600), and charges could be filed against him on these grounds. Two hours later Nazar was released. According Baihanov, this was the first incident of this kind with his brother in recent years.

Akmuhammet Baihanov, 59 years old, is former Director General of the “Gundogar” candy factory in Ashgabat. From 2003-2006 he was imprisoned in Turkmenistan on charges of having links to the opposition. He has dual Russian-Turkmen citizenship and in 2013 he was able to travel to Turkey, where he announced the creation of “Hereket,” a Turkmen opposition movement. Since 2014, he has been living in Russia and is outspoken about the situation at home, providing critical commentary to the Turkmen Service of RFE/RL and on the Internet.

According to reports, the Turkmen security services were able to identify Baihanov’s address in Moscow after he met in March with a friend, who arrived from Ashgabat. Several days ago, Baihanov received a warning about a possible attack. Other sources confirm this information.

A similar course of events happened to the family of 65-year-old Geldy Kyarizov, a famous horse breeder in Turkmenistan who was convicted in 2002 on trumped-up charges. After his release in 2007, Kyarizov was under strict surveillance and control by the security services. In 2015, he and his family were able to flee to Russia, where Kyarizov began to openly criticize the Berdymukhamedov regime.

On October 3, 2015, the former horse breeder was attacked in the Moscow metro. In this case, the attacker, who spoke Turkmen, called him “an ungrateful swine,” referring to the participation of Kyarizov’s wife, Yulia Serebryannik, in a briefing about Turkmenistan at the OSCE Human Dimension Implementation Meeting in Warsaw ten days earlier.

In November 2015, shortly after Geldy gave his first TV interview, the security services almost completely blocked his phone calls to relatives and friends in Turkmenistan. His brothers in Ashgabat were pressured, and, according to unconfirmed reports, one of them was arrested. Following this, Kyarizov was advised through numerous channels stop giving interviews to the Turkmen Service of RFE/RL and other media. In mid-November, Moscow acquaintances were informed of the arrival of a group of security officers from Ashgabat. Due to the new surveillance, Kyarizov family members tried not to leave their apartment.

On March 17, 2016, an individual not associated with Turkmenistan unexpectedly told Kyarizov that the Turkmenistan embassy was closely following the family’s case and that his wife’s sister, Diana Serebryannik, who lives in Moscow, would soon be abducted and that Kyarizov would be “sorted out” by a foreign criminal. Two days later, a violent incident followed, officially labeled domestic violence, which left Diana with a concussion and stab wounds. Despite formal appeals to the police, there was no subsequent investigation, and the Kyarizov family was forced to change their place of residence in early April. In the past few days, individuals calling the family mobile phone have been trying to establish her whereabouts.

There is reason to believe that the events described above are not just a series of isolated incidents. According to reports, the leadership of the Turkmenistan security services is discussing possible scenarios of attacks and kidnappings of dissidents in Russia and other countries, using common criminals or hired hands from Turkey or Ukraine. Sources say the proposal to resume such operations, common during President Saparmurad Niyazov’s era, was approved at the political level at the end of last year.

The Prove They Are Alive! Campaign is deeply concerned about the Turkmenistan authorities’ repeated attempts to silence critics of the regime who are living abroad. The information described above correlates to disturbing information coming from inside the country about significant psychological pressure placed on society, and particularly on civil society activists. The campaign calls on all interested governments and international organizations to direct the attention of the Turkmen authorities to the unacceptability of such actions.

For more information contact: +79104245806: Vitaliy Ponamarev, Director of the Central Asian Program, International Human Rights Center Memorial and member of the Prove They Are Alive! campaign;

+7 916 673 5153 Yuri Dzhibladze, President, Centre for Development of Democracy and Human Rights and member of the Prove They Are Alive! campaign

+1 571-332-5895 Kate Watters, Executive Director, Crude Accountability and member of the Prove They Are Alive! campaign