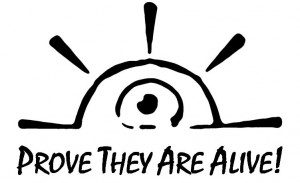 “Prove They Are Alive!” campaign calls upon the government of Turkmenistan

On the occasion of the International Week of the Disappeared, the human rights campaign “Prove They Are Alive!” calls upon the government of Turkmenistan to restore the rights of more than a hundred detainees serving long-term sentences in Turkmenistan’s prisons, about whom no information is available since their imprisonment, in many cases for more than thirteen years, and to immediately halt the practice of enforced disappearances. The government of Turkmenistan should inform the relatives of the disappeared of their fate and whereabouts and allow them access to their loved ones without further delay.

More than a hundred people have been forcibly disappeared in Turkmenistan’s prison system. Most of the disappeared were sentenced to lengthy prison terms in several massive waves of arrests and unfair trials on trumped-up charges that took place at the end of the 1990s and early 2000s. Many are former officials who fell out of favor with the government. The most prominent figures include Tirkish Tyrmyev, former head of the border service, sentenced in 2002 to 10 years in prison on abuse of office charges. In 2012 the authorities extended his sentence by an additional seven years for allegedly violating prison rules. The former speaker of parliament and dean of Turkmenistan’s main law school, Tagandurdy Khallyev, and the former ambassador to the Organization for Security and Co-operation in Europe, Batyr Berdyev, were arrested in 2002 and sentenced to 25 years. Serdar Rakhimov, former head of Turkmenistan’s state television company, was sentenced to 25 years in 2003, and former Minister of Foreign Affairs, Boris Shikhmuradov, was sentenced to 25 years after a one-day trial in December 2002 and a few days later convicted to a life sentence through an extrajudicial decision of the Halq Maslakhaty (People´s Council).  Gulgeldy Annaniyazov, a former Turkmen political prisoner who lived in exile in Norway since 2002, was arrested upon his return to Turkmenistan in 2008 and sentenced to 11 years on charges that were not made public. As in all other cases documented by the “Prove They Are Alive!” campaign, families have been able to learn nothing about their loved ones from the government since their imprisonment. Because of the silence of the Turkmen authorities, the families do not even know whether their loved ones are dead or alive. Their suffering is a form of torture. In addition, many relatives of the disappeared have faced a number of violations of their rights, including indefinite bans on travel abroad, in a form of collective punishment by association and in attempt by the authorities to prevent them from speaking out about the fate of their family members.

Since the “Prove They Are Alive!” campaign was launched in 2013, a number of states, intergovernmental organizations, and civil society organisations have supported its call for fundamental rights to be restored to the disappeared and their relatives in Turkmenistan. The OSCE Parliamentary Assembly included direct reference to the situation of the disappeared in its Baku Declaration in June 2014. The European Union regularly raises this issue in its relations with Turkmenistan, including most recently at the Human Rights Dialogue in May 2016, and the European Parliament postponed ratification of a Partnership and Cooperation Agreement between the EU and Turkmenistan on the basis of human rights concerns, including the disappearances.

In October 2014, the UN Human Rights Committee adopted a decision on an individual complaint concerning Boris Shikhmuradov, a former Minister of Foreign Affairs accused of organising a coup attempt in 2002. The Committee acknowledged that Mr. Shikhmuradov is a victim of enforced disappearance and of a number of other human rights violations and ruled that Turkmenistan is under obligation to provide him and his family with an effective remedy as well as to take steps to prevent similar violations in the future. The deadline to provide a substantive reply expired on November 7, 2015, and to date the Turkmen authorities have not reacted.

Within the framework of the United Nations Universal Periodic Review, in 2013 Turkmenistan accepted recommendations to fully implement the rights of persons serving long prison sentences and other relevant recommendations. In September 2015, the Turkmen authorities publicly acknowledged the existence of a problem concerning “people sentenced to long prison terms” in their statement at the opening plenary of the OSCE Human Dimension Implementation Meeting in Warsaw. However, the government has taken no concrete measures with regard to the disappeared.

Enforced disappearances are absolutely prohibited under international law and constitute flagrant and serious violations of rights enshrined under the International Covenant on Civil and Political Rights (ICCPR) and the Convention against Torture, to which Turkmenistan is a state party.  These include great threats to the right to life; the right to freedom from torture or cruel, inhuman, or degrading treatment; the right to liberty and security; the right to recognition as a person before the law; and the right of all detained people to be treated with humanity. The UN Human Rights Committee has repeatedly held that enforced disappearances violate multiple provisions of the ICCPR and in particular that being held indefinitely without contact with one’s family and the outside world constitutes a violation of the prohibition on torture and inhuman and degrading treatment.

Governments and international organizations around the world should increase pressure on the government of Turkmenistan to end this silence. The government of Turkmenistan should allow full and ongoing access to the imprisoned people by their families, lawyers, and representatives of appropriate independent bodies, including the International Committee of the Red Cross and relevant United Nations experts.

For information on the Prove They Are Alive! campaign, please visit: http://provetheyarealive.org/

For information on the disappeared, please visit: http://provetheyarealive.org/the-disappeared/

In Moscow, for the Centre for the Development of Democracy and Human Rights, Yuri Dzhibladze (English, Russian): +7-916-673-5153 (mobile) and yuri.dzhibladze@nullgmail.com