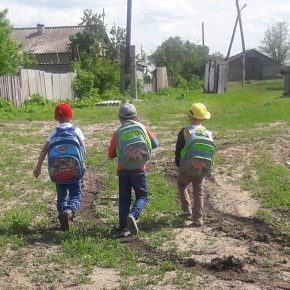 As it became known today, last week the Kazakhstan International Bureau for Human Rights and Rule of Law (KIBHR) received the answer to their inquiries about the Russian investigation into the case of the poisoned Berezovka children.

In their recent response, the Investigative Department Ministry of Internal Affairs of Kazakhstan said: “On the 02.08.2017, General Prosecutor’s Office of the Republic of Kazakhstan sent a reminder to the Prosecutor General of the Russian Federation on the implementation of directional DVD West Kazakhstan region the international order.  There had been no results obtained to date has not been. ”

“It seems like the authorities are not particularly interested in conducting an objective investigation of the tragedy. Kazakh specialists have not had any results for over one year and a half. However, from the resulting KIBHR answer, we know that business is engaged in the General Prosecutor’s Office of the Russian Federation and will request information there, “- says Sergey Solyanik consultant Crude Accountability, co-coordinator of the Coalition” Children or oil? “.

On November 28, 2014, 25 children and 4 adult residents of Berezovka fainted, developed strong cramps, became dizzy, and experienced blood pressure surges and severe headaches. The village of Berezovka is located in the West Kazakhstan region, in close proximity to the Karachaganak oil and gas condensate field, one of the world’s largest.

On November 29, 2014, a criminal case on the fact of a mass sickness that affected students and teachers in Berezovka was opened. As part of the investigation, a school boiler was also checked to determine if it was involved in the poisoning. A separate proceeding was opened on May 28, 2015. The August 24, 2015 case regarding the boiler was discontinued for lack of evidence.

The Children or Oil coalition asks Chevron, Eni, the BP Group (now Shell), Lukoil and KazMunaiGaz and Kazakhstan authorities to take responsibility for the tragedy, to recognize that there was a toxic poisoning as a result of an industrial accident, and accordingly to arrange for the examination and treatment of Berezovka children and ensure that they are compensated for any damage to their health.